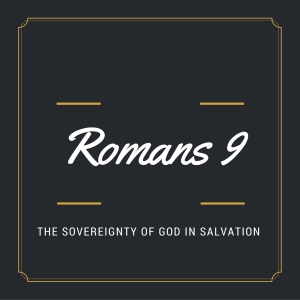 In the previous verses of Romans 9, Paul has been dealing with a pretty big issue. It surrounds the question of God’s fidelity to his word as it relates to salvation. The argument he has laid out and the problem he is dealing with can be broken down like this:

But this immediately brings an objection to the fore – How is it just (or fair) for God to choose those whom he will save?

Paul responds to this objection in the typical manner he has been using thus far; logical and biblically illustrative arguments. In v. 14 he gives a short answer to the objection; in vv. 15-16 he explains that salvation is not about justice or fairness; it’s about mercy; then in vv. 17-18 he states that when we speak about God’s judgment we are dealing with a matter of God’s choice and God’s purpose.

v. 14 – Neither justice nor fairness

Paul has anticipated an objection that continues to arise today. The objection goes something like this:

God is just, righteous and loving. If he chooses / elects / predestines people to salvation then he must do so on the basis of the choices, morality and / or obedience for which that person alone are responsible. God must somehow ‘see’ what they have done in the future and choose them accordingly (This is known as conditional election). For if God determines the eternal destiny of an individual independently of what they do or choose (This is known as unconditional election) then God’s choice is arbitrary, irresponsible, unrighteous and downright unloving. For God to elect people in this way, then, would be the ultimate in un-Godly behaviour. Therefore, God does not elect, predestine or choose people for salvation.

Paul’s response to this objection is simple and straightforward. In fact, it could not be any clearer –  God DOES unconditionally elect people to salvation and it is NOT unjust. His response identifies a key aspect of biblical teaching on salvation. “Salvation is not about getting what you deserve, salvation is about mercy. If you want to get what you deserve, well that’s simple. The answer is hell… If we demand strict justice, then punishment, judgment, God’s ban, God’s curse, God’s hell is what we get.” (Duncan) Salvation isn’t about justice or fairness, it’s about grace and mercy.

Paul now engages in the first of two biblical illustrations – God’s word to Moses in Exodus 33:19. The words of God are simple and easy to understand, “I will have mercy on whom I have mercy, and I will have compassion on whom I have compassion.” When you think about it, this declaration doesn’t really prove anything; it’s just a statement about God’s sovereignty in election. So how does this demonstrate or prove Paul’s point? Piper explains, “it is a solemn declaration of the nature of God, or (which is the same thing), a proclamation of his name and glory.” Which means that “since God’s righteousness consists basically in his acting unswervingly for his own glory, and since his glory consists basically in his sovereign freedom in the bestowal and withholding of mercy, there is no unrighteousness with God (Rom. 9:11f.). On the contrary, he must [emphasis mine] pursue his ‘electing purpose’ apart from man’s ‘willing and running,’ for only in his sovereign, free bestowal of mercy on whomever he wills is God acting out of a full allegiance to his name and esteem for his glory” (Piper; cf. Storms)

Put simply, for God to elect on any other basis than his own nature,  will, and the pursuit of his glory alone would mean that he is not acting like God. Therefore, God MUST unconditionally elect people unto salvation.

Paul states this succinctly in v. 16. “Nothing man does, whether “good or bad” (v. 11), has any influence on God’s decision to bestow or withhold mercy. God’s will to show mercy is determined solely by God’s will. Paul does not permit us to find its cause in anything other than God himself.” (Storms) What this means is that God does not foresee before he elects. God does not look into the future and choose for salvation those that he foresees as coming to him in faith. He elects according to the sovereign purposes of his will which are based upon his nature as he pursues his glory alone. His election is unconditional.

Paul’s second illustration also comes from the life of Moses. He quotes from Exodus 9:16, “For the Scripture says to Pharaoh, “For this very purpose I have raised you up, that I might show my power in you, and that my name might be proclaimed in all the earth.””

Before we go any further we need to eliminate an oft-cited argument regarding this verse that goes like this:

Pharaoh hardened himself first, these verses are simply God confirming that which Pharaoh had already done to himself.

But this is not how Scripture outlines the story of Pharaoh’s hardening. It is clear from the story in Exodus that the hardening of Pharaoh’s heart was simply the fulfillment of what God predicted he would do before Pharaoh even entered the narrative. Exodus 4:21 – “And the Lord said to Moses, ‘When you go back to Egypt see that you perform before Pharaoh all the wonders which I have put in your power; but I will harden his heart so that he will not let the people go.” (Italics mine) There is no other way to view the hardening of Pharaoh’s heart then to say that God said he would do it and then he did it. But we can’t just leave things there. We have to understand why God hardened Pharaoh’s heart. Exodus 7:3-5 and Exodus 14:3-4, remind us that God did so in order that he may multiply his signs and wonders in the land of Egypt, and that he may be honoured. In other words, God hardened Pharaoh’s heart so that his name will be exalted, he will be glorified above all, and he would receive the worship that is due him. (cf. Storms)

The point of this biblical illustration is stated in v. 18, “So then he has mercy on whomever he wills, and he hardens whomever he wills.” Whether in the showing of mercy or the giving of judgment God is sovereign. It is he who decides. God is ultimately sovereign in salvation which is why he elects some and passes over others.

We need to believe in the absolute and complete sovereignty of God, and live it consistently. Most people have no struggle at all with the sovereignty of God; at least in practice. Most Christians believe that God is sovereign over all things, that he is fully in control of all things, and that he can work in the hearts and minds of others to change them as he sees fit. This is why we pray the way we do. We ask God to alter the weather, to change our circumstances, and we ask God to change and save people. In short, we ask God to be sovereign over all things (which he is). But when the conversation turns to God’s sovereignty in salvation and the doctrine of election, well that’s when people start to clam up; that’s when people start denying their own practical theology. Let us not do so. Paul has clearly articulated in this passage, and elsewhere (Ephesians 1:1-11; et.al.), that God is sovereign in ALL things INCLUDING salvation. This means that God is sovereign over who will and won’t be saved. Let us believe in God’s absolute and complete sovereignty and live in light of its truth.

We need to make sure we understand human depravity properly in order to see God’s election properly.  When we begin to think that God would be unjust or unrighteous or unloving if he were to elect some to salvation and leave others in their sin, we forget that the only thing any human being deserves is eternal death. The wages of sin is death, there is no one righteous (Romans 3) and thus what we deserve is death and damnation. Let us not think that anyone deserves salvation. The fact that God saves anyone is due to his grace alone. Praise God that he has chosen to save some by his electing grace!

We need to let God be God and worship him as such. We all know this but it bears repeating – God has a reason for everything that he does: in creation, in providence and in salvation. None of what he does violates his nature, meaning that none of what he does, including electing some to salvation while passing over others, is unjust, unrighteous or unloving. “[J]ust because He hasn’t let you in on the secret doesn’t mean… that [he] can be called into question.” In light of this, our only proper response to the doctrine of unconditional election is worship and praise.

Amazing Grace, how sweet the sound,
That saved a wretch like me.
I once was lost but now am found,
Was blind, but now, I see.

Jared is passionate about proclaiming the glory of God in the church. He is an unashamed proponent of Reformed theology and is committed to seeing the gospel and Biblical truth boldly declared in the church through expositional preaching, theological education and discipleship. View all posts by Jared R Hiebert