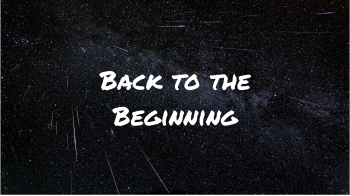 One of the biggest issues relating to Genesis and modern science is the status of the first couple, Adam and Eve. Peter Enns, an Old Testament scholar, states a perspective gaining much traction among Christian thinkers – Adam didn’t actually exist. He states without shame on the Biologos website,

…reading the Adam story symbolically rather than as a literal description of history is not a whim, and it is certainly not driven by a desire to undermine the Bible. Rather, as we have seen, the Bible itself invites a symbolic reading by using cosmic battle imagery and by drawing parallels between Adam and Israel (to name two factors).

There is also considerable external evidence that works against the “just read it literally” mentality.

The biblical depiction of human origins, if taken literally, presents Adam as the very first human being ever created. He was not the product of an evolutionary process, but a special creation of God a few thousand years before Jesus—roughly speaking, about 6000 years ago. Every single human being that has ever lived can trace his/her genetic history to that one person.

This is a problem because it is at odds with everything else we know about the past from the natural sciences and cultural remains.

These are highlights of the issues that he outlines in his book, The Evolution of Adam: What the Bible Does and Doesn’t Say About Human Origins. In it he seeks to defend a non-literal, non-analogical symbolic view of Adam that, in his mind, synchronizes with Paul’s view of Adam in the New Testament. He argues that evangelicals need to revise their view of Adam in Scripture since science has overwhelmingly shown us that Adam and Eve are not real historical people.

My intention here is not to review Enns’ book or his perspective; I would highly recommend that you DO NOT read it. (Instead read these books – C. John Collins, Did Adam and Eve Really Exist? and J.P. Versteeg, Adam in the New Testament: Mere Teaching Model or Historical First Man?) My intention instead is to present how we need to view Adam and Eve, the first human couple.

So what can we say about Adam and Eve?

First, let me reiterate that modern science disagrees with the notion that humanity originated from a single couple. This kind of idea flies in the face of Darwinian biology and the theories regarding the origin of our species built upon it. In fact, any view that looks to Scripture at all will be deemed as unintelligent and in error. So talk about Adam as a real, historical person will bring the ire of secular scientists (and some Christian scientists as well).

Second, we must avoid two equally problematic ideas about Adam and Eve that stem from naive readings of either of the two books of God’s revelation. First, the young-earth assumption (see previous blogs) that modern science has got it all wrong and we need to view Genesis 1-2 outside of most, if not all, modern scientific claims. Second, is the idea that theories of origins that emanate from modern science has it all correct and we must view Genesis 1-2 within the boundaries that they set for us.

Third, we must recognize that the historical reality of Adam is strongly affirmed in the Old Testament (Genesis 1-3 and the genealogies) as well as in the New Testament (Luke 3:38; Romans 5:12-21; 1 Corinthians 15:45). These statements point to the actual historical existence of Adam as the originator of all human life. No matter what science says, this has to be affirmed. Scripture is patently clear about Adam’s existence.

Fourth, we need to maintain this historical reality because so much theological truth is riding on it. Again we don’t affirm Adam’s existence because so much is riding on it. This would be a fallacy. We simply recognize that Scripture presents Adam as a real, historical character and then places so much theological truth upon this reality – history grounds theology (cf. Vos, Biblical Theology). I would make the same conclusions as Michael Reeves,

When theological doctrines are detached from historical moorings, they are always easier to harmonize with other data and ideologies. And, of course, there are a good many doctrines that are not directly historical by nature. However… the identity of Adam and his role as the physical progenitor of the human race are not such free or detachable doctrines. The historical reality of Adam is an essential means of preserving a Christian account of sin and evil, a Christian under-standing of God, and the rationale for the incarnation, cross and resurrection. His physical fatherhood of all humankind preserves God’s justice in condemning us in Adam (and, by inference, God’s justice in redeeming us in Christ) as well as safeguarding the logic of the incarnation. Neither belief can be reinterpreted without the most severe consequences.

Fifth, in light of the last two points, we need to recognize the danger of denying historical Adam – it severs the tie between two things that are essential to human salvation. First, the clear biblical tie between Adam’s sin and ours. Second, the clear biblical tie between Adam and Christ as twin historical figures and heads over two covenantal groups. This is why we need to maintain a historical Adam – it is central to the message of the gospel that is so clearly displayed throughout the Bible. As Albert Mohler Jr. rightly states,

The denial of a historical Adam and Eve as the first parents of all humanity and the solitary first human pair severs the link between Adam and Christ which is so crucial to the Gospel.

So here is our conundrum, stated in three points:

So what do we do?

I think this is one issue in which science and faith will continue to do battle – I just don’t see a biblically faithful marriage of the two on this topic unless the existing Darwinian paradigm changes. The best we can do, it seems, is to affirm the best interpretations of both books (nature and Scripture) and admit when either one of these falls woefully short. We must be willing, thus, to live with unresolved tensions and unanswered questions without capitulating the clear witness of Scripture and nature. In light of this reality, I would agree with the following conclusions (slightly modified):

The church holds the minority position on almost all modern ethical debates. What we believe is abhorrent to society. Salvation by Christ alone is considered intolerant. Sex outside of marriage is seen as prudish. The ordination of men only is seen as out of touch. Believing homosexuality is wrong is seen as bigoted and hateful.

If the culture hates our views on all these, why then are we surprised that the view of the historicity of Adam is also seen as uneducated and out of touch with mainstream culture. Are we willing to stand for the truth of God’s Word even if that means we are looked down on as uneducated? The… gospel of Christ [is] at stake.