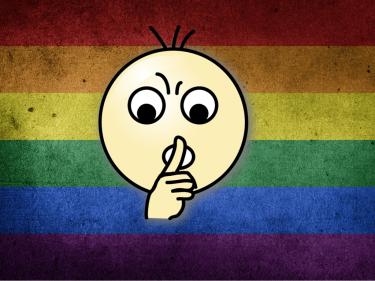 Something is troubling me. Deeply.

Steinbach just had its first gay pride parade on July 9 in which thousands took part. That is not what troubles me. We live in a sinful world and our town is part of it, even though we are called the ‘Bible belt’. (Which we are not. Don’t believe me? Come visit us.) So it should come as no surprise that our little city just had its first open celebration of homosexual sin.

But I digress. What troubles me is how quiet our churches have been, both before and after this event. How little our churches have said, not about the parade itself, but about the issue of homosexuality and how we as Christians should deal with it based on Scripture. Our silence is deafening!

I did a cursory search of a number of churches in Steinbach (9 or so) for sermons on homosexuality, or marriage, or God’s design for human relationships, or something like that, narrowing my search to the month before and the weeks after the gay pride parade. My hope was that I would find sermons instructing God’s people on how to understand Christian marriage and how to deal biblically with homosexuality. Guess how many sermons I found? Zero, none, zip. So I expanded my search. I tried to find anything – a blog, a paper, an article by leadership, a Sunday school class – anything that spoke to these issues in a differing venue. Guess what I found? Nothing, zip, nada. That is what saddens me so greatly. We had a gay pride parade on our doorstep and our churches did not use that opportunity to say anything to God’s people about an issue that is everywhere in our culture. What a lost opportunity! Christians deal with this issue every day in the news, in social media, in their families, at work, everywhere, yet we are saying nothing to them; teaching them nothing. In fact the only church I could find that actually has said something about LGBTQ issues is the local United Church, and they are so wrong in what they say. Sad, truly sad.

Now here me for what I am decrying. I’m NOT suggesting that we should go to the media and decry homosexuality as sin. The secular, worldly media is not the place for us to speak our Christian message about this issue. I’m even going to give the benefit of the doubt to those churches and assume that something has been said by someone somewhere about these issues, even though I can’t find it on their websites. But that being said, I still find it sad that our churches are not teaching and preaching clearly to God’s people within their church about these things. On Sunday all our people gather – teach them!

What saddens me even more is how little we said now, compared to how much we said when Bill 18 was on our doorstep. My gosh, did our community get tied up in knots over that NDP anti-bullying Bill. We had billboards on the side of the road condemning it. Churches took signatures from their people petitioning against it. The  biggest church in our area (4000+ people) spoke so boldly about that bill in a sermon that they made the national news over it when the pastor told his people that God will judge those who don’t oppose the bill. My question in light of this is simple – if we were so bold on such a minor Bill that has had such small consequences, why are we so silent now about an issue so important?

Again, I’m not suggesting that we speak out against this issue with billboards and threats. Doing this is foolish, brings disrepute to God and his church, and they do nothing to help our people think biblically about the issues. BUT, our churches do have a responsibility to educate their people and to teach them about the true nature of marriage, about sin, about manhood and womanhood, and about how God would want us to respond to the LGBTQ community. We need biblical preaching and teaching on this issue, not billboards, threats and empty rhetoric. So why have we been so silent?

If you want to listen to two messages on the topic of marriage and homosexuality that I preached earlier this year click on the links below. For the record, these sermons reflect the teaching of Covenant Reformed Church in Steinbach even though these sermons were delivered at a different church.

3 thoughts on “The Silence is Deafening”